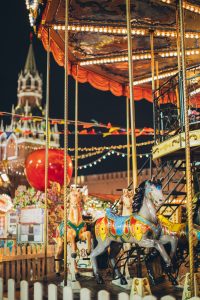 Helsinki is the scene of many festivals throughout the year. Attending these events is a different way to discover the Finnish capital. Those who wish to end the summer with beauty and music, between mid-August and early September, can plan a stay in Helsinki. During this period, the most important cultural event in the country is celebrated: the Helsinki Festival.

Every year the Helsinki Festival attracts more than 200,000 visitors. The record was obtained in 2015 with the attendance of almost 295,000 people. This is undoubtedly the largest cultural event in the country. The current version of the Helsinki Festival was created in 1968 as a continuation of an important event that took place in the capital and was dedicated entirely to classical music. Today, it is the most important multi-arts event in Finland, encompassing music in all its styles, from classical music, through jazz and blues, to much more contemporary music. The program also includes live entertainment, for example, circus and dance. The visual arts, and more specifically, the cinema, are present in this great event. Helsinki Festival also has a space reserved for children. This important festival lasts for about three weeks, from the second half of August to the beginning of September.

Night of the art

The Helsinki Festival allows rising stars to appear before the public and established stars to perform on stage, but it is also an opportunity for the general public to showcase their talent. Anyone with or without an artistic streak can perform during the Night of the Art (Taiteiden yö in Finnish). Originally, this event was held in the main cities of Finland, but, in 1989, the Helsinki Festival took over. In 2.019, the Night of the Art celebrates its 30th anniversary, and to commemorate it, all the proposed projects, large or small, have been integrated into the program.

Like the concerts of the Huvila Festival Tent, the art goes Kappakka also allows you to enjoy the shows savoring delicious dishes. Since 1995, for 10 days, the Helsinki Festival program includes music concerts, poetry readings, and visual arts exhibitions in the best restaurants in the city. The cafes and bars in the central Helsinki offer shows. On the occasion of the 25th anniversary of art goes Kappaka, about 400 performances will take place in some thirty establishments. In the year 2.019, the famous Tour of Choirs opened the dance and, after a performance in the Senate Square, the 2,250 members of the choir dispersed through restaurants throughout the capital.